“Our stories are something we spread around the world so we can connect with others,” said Jalen Booker in his Chapel Talk, delivered virtually at Amelia Academy on March 31. He shared the story of his life, beginning with a move across the country when he was six years old.

Born in California, Jalen said he has many good memories of his early life there. “I remember skateboarding and playing crazy games with my sisters,” he said. When his mother told him they were moving to Virginia, he was apprehensive. It was especially hard to say good-bye to his grandmother because he didn’t know when he would see her again. “Arriving in Virginia, I knew it was going to be different, and it was a culture shock,” he said.

Jalen made new friends at Prince Edward County elementary school and began playing sports. In sixth grade, he tried basketball “when my mom somehow convinced me to try out [for the team].” He made that team, and “the enjoyment I got from playing was the start of the basketball journey,” he said.

At that time, he also became friends with his current classmates, Greg Harris and Alex Webb, during basketball games and workouts at the Amelia “Rec” center.

During his ninth grade year, Jalen and his family dealt with tragedy when his aunt was murdered. He found out during a football game. “I happened to look over and saw my family crying,” he said. “The intense feeling of being shocked and overwhelmed was something I have not forgotten,” he said.

Jalen expressed gratitude for the impact his Aunt Missy had on his life. “She lived her life with no regrets,” he said. Jalen aspires to spread light in his life the way she did to everyone around her.

Before attending the Academy, Jalen said that he faced a very difficult time when he considered quitting basketball. “I was treated badly by players and coaches who broke my confidence to the point where I didn’t want to keep going,” he said. With the support of his mom, Jalen decided to transfer to the Academy during his tenth-grade year. “The feeling I had of open arms made me realize that this was the right place,” he said.

During his junior year, he made friends with students, Emmanuel and Kevin, who came to the Academy from the country of Benin. “Hearing their story impacted my life and taught me never to take anything for granted,” he said.

Appreciating life in the moment has become a way of life for Jalen. We should cherish the moments we have with the people around us, he said. “That’s what I did as a kid in California.” It’s the way we stay connected to the important people in our lives, he added.

Jalen concluded his speech with a tribute to his family, “the people I cherish the most,” he said.

“To my sisters, Kayla and Jordan, keep being the strong young women you are and never give up on your dreams.”

“To my Dad, thank you for stepping up and playing the father-figure role.

“To my nephew, keep shining your little light.”

“A special thank you to my Mom for sacrificing so much.” 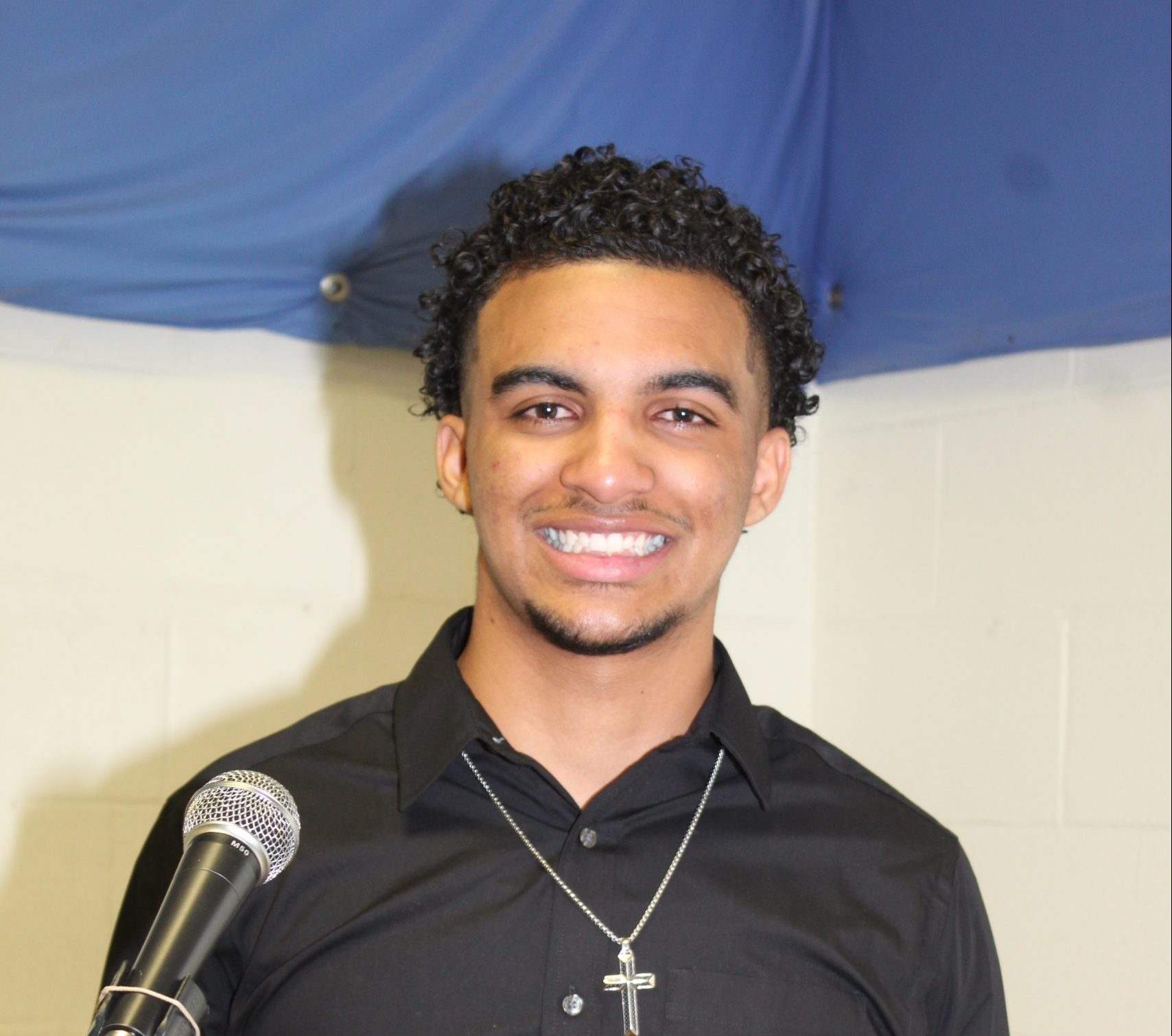