The feeling of being settled and at home came to Jody Morris at Amelia Academy when baseball season started during his sophomore year. The certainty of knowing he was in the right place made all the difference, he said, during his Chapel Talk, delivered virtually on April 14.

With only weeks left before graduation, Jody reflected on the changes he has undergone since arriving at the Academy. “I was a different person in many ways, and I wasn’t fond of who I was becoming,” he said. The classes, especially Bible, and new friends became a positive influence. “I found a different love I had never experienced before . . . I started becoming a joyful person and finally watched the sunrise within my own soul.”

The change was not without some challenge but, as Jody advised his fellow students, “Don’t be afraid to hold on when It’s scary or let go when necessary.” He made friends, however, and relished that year’s baseball season. “Practices were always the pick-me-up I needed to finish out my day,” he said. The team also made memories off the field as good friends. However, a win against the number-one Tidewater Academy team was the season highlight. “Experiencing that win as a Patriot is a memory I will forever treasure,” he said.

During his years at the Academy, Jody said he started new hobbies that have helped him live in the moment. These activities, such as hunting with classmate Matthew Pugh and working in the shop, have provided relaxation and also taught the value of patience.

Jody expressed appreciation to administration and faculty members for a supportive role that also included giving their time in daily interactions. He thanked Head of School Rodney L. Taylor for “stopping me in the hallway to talk about how I played the day before.” Mrs. Faeth was given credit for “knocking me down a peg when I needed it.” He appreciated Jennifer Hayghe, a member of the faculty, and Cafe Director, Anita Graber, for always listening to him talk about problems and offering advice. His final words of gratitude were for the class of 2021 “for keeping me joyous from the day I stepped in this school to the near future when we say our final goodbyes and part ways.”

For his fellow students, he reminded them to realize that “everything [in life] has a purpose.” It is also important to slow down and appreciate each moment of their time at Amelia Academy, he said. 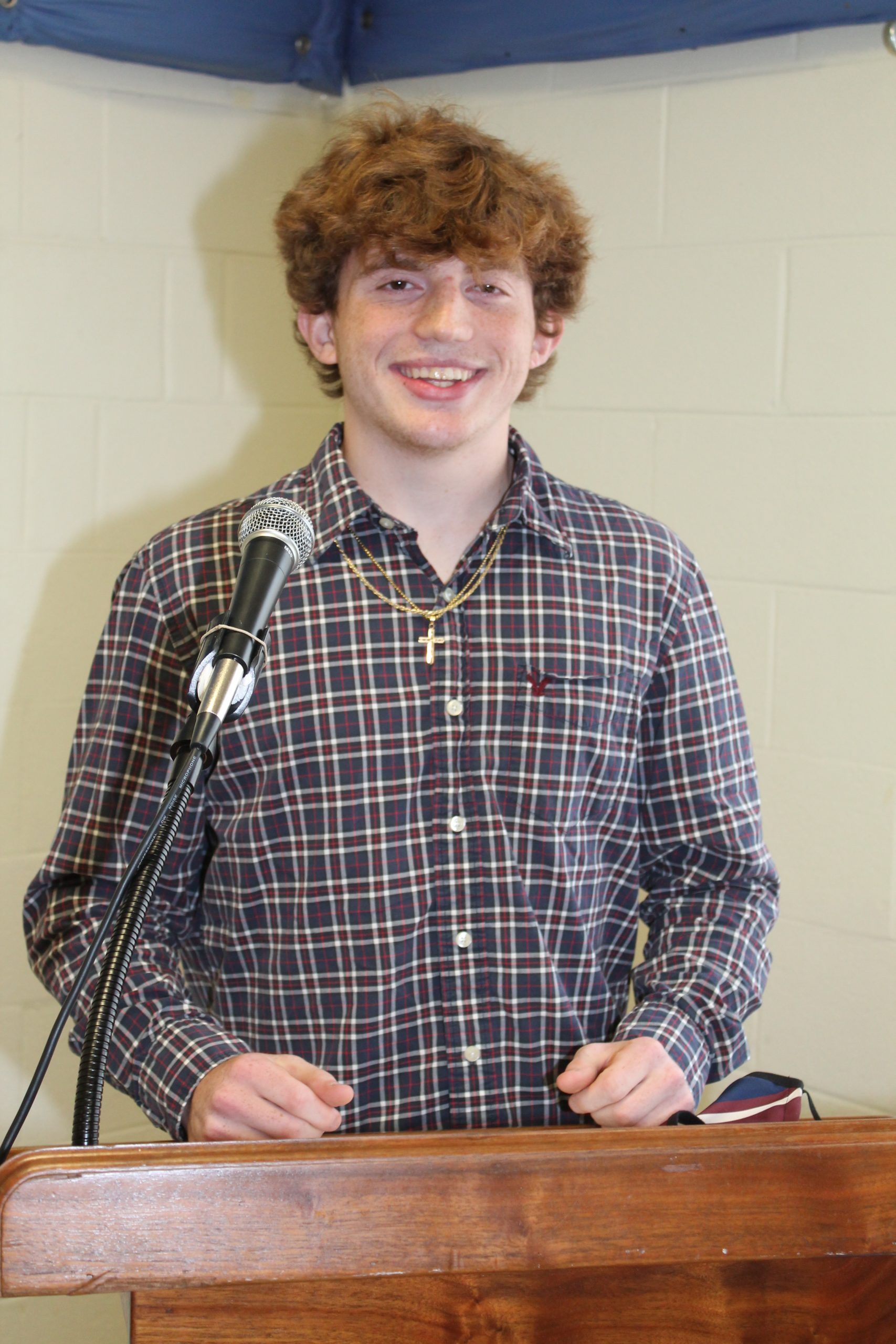