Our greatest motivation can come from the people closest to us who believe in our potential. This realization made a tremendous impact on the life of AA senior Alex Webb, who paid tribute to these people in his Chapel Talk, presented virtually on April 22. “My family and friends are the reason I am here today, looking forward to graduating and going to college,” Alex said.

His family has played the biggest role in his life, and he expressed his love for all of them. Alex spoke first about his parents. Having been adopted at a young age, he didn’t fully comprehend the reasons for his birth mother’s decision. “After finally learning about the reasons she did it, I completely understood,” Alex said. He has developed a friendship with his birth mother and expressed appreciation to her for “finding an amazing family to provide for me.”

Alex said his mom and dad, Joanne and Jim Webb, are the “hardest working people I know.” His dad provides help with whatever he has needed. He admires his dad’s work ethic and “the way he raised a family.” His mom keeps a close watch over everything Alex does. “I know that sounds negative,” he said, “but that’s what a good mother does.” His brother Michael has also “been there for me,” Alex said.

Over the past two years, two of Alex’s grandparents, Eva and L.O. Scott, passed away. Alex spoke about their importance in his life. “My grandpa was such a hard-working man . . . he set an example that anyone could follow,” he said. Alex added that he misses going to lunch with his grandpa, after which they had good conversations. His grandmother was the first woman elected to the Virginia State Senate. She was also a pharmacist who opened her own pharmacy when no one would hire her, he noted. “She taught me that sometimes you have to take action yourself if you want something done.”

His friends have been a source of support for Alex, and they have enjoyed fun times throughout the years. “Sometimes, when I am having a bad day, one of my friends can turn my day around for the good,” he said. Wendell, a fellow AA student, is one of those friends. “You will never have a bad time with him,” Alex said. Another good friend, Jayson, “has felt like a brother to me.”

His girlfriend Haylee has also been there for him. “She is one of the most sweet and generous human beings I know,” Alex said. “She has helped me grow as a person . . . and I could not ask for a better person to be in my life.”

To his fellow students, Alex offered words of advice. “Don’t push away the people who love or care about you.” He said these people will make a positive difference in their lives. 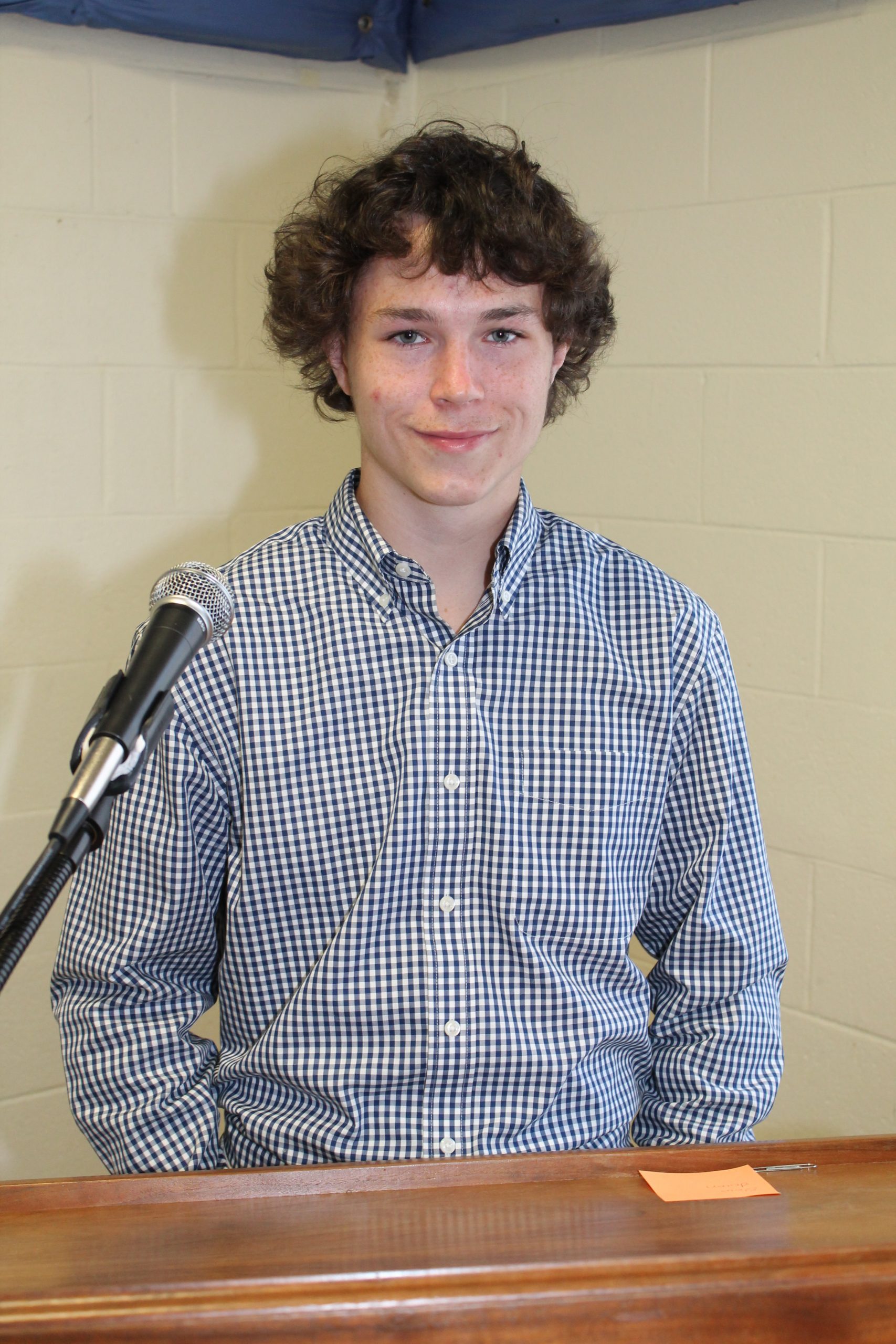