“It’s not where you start that matters in life, it is where you finish,” Grace Wilson said in her Chapel Talk, delivered virtually at Amelia Academy on April 28. She described the difficulties she faced and the challenges she has overcome. And yet, Grace also said she appreciates the support she has had from her family and the teachers at the Academy.

“Until recently, I didn’t know I was adopted or the details about my birth parents,” Grace said. As a toddler, she was removed from the home of her birth mother because neither of her birth parents could care for her. She lived in foster care for a few months until her grandparents, Gail and Ron Wilson, were located. They eventually adopted Grace, and the family lived in Morehead City, North Carolina until Grace was five years old. At that time, they moved to Virginia.

“My parents searched the area and found this school, Amelia Academy,” she said. Grace spoke fondly of the teachers she had in the Lower School, including her kindergarten teacher Marsha Terry and first-grade teacher Laura Birdsong. In third grade, her teacher was Mr. Walter Duncan who passed away two years ago. “He was a very kind and loving man,” Grace said. “Everybody loved Mr. Duncan. I hope he is doing well in Heaven where he can watch over all of us.”

During her years as a student, Grace admitted that maintaining friendships with her fellow students has been challenging. She said that some of the difficulty resulted from anxiety and depression. However, the teachers and administrators at the Academy have helped her. She expressed gratitude for the support of her family as well. “I have way more friends than I had when I was younger,” Grace said. “I enjoy their company and appreciate all the people who support me through hard times.”

Last summer, Grace and her family traveled to Florida where she visited members of her birth family, including a younger brother Brody who was also adopted. He struggles with similar challenges as Grace does. However, Grace believes she will be able to succeed in college, due in large part to the “great teachers I have had.” In the future, Grace said she is “looking forward to getting a good education and finding a career that makes me happy.” 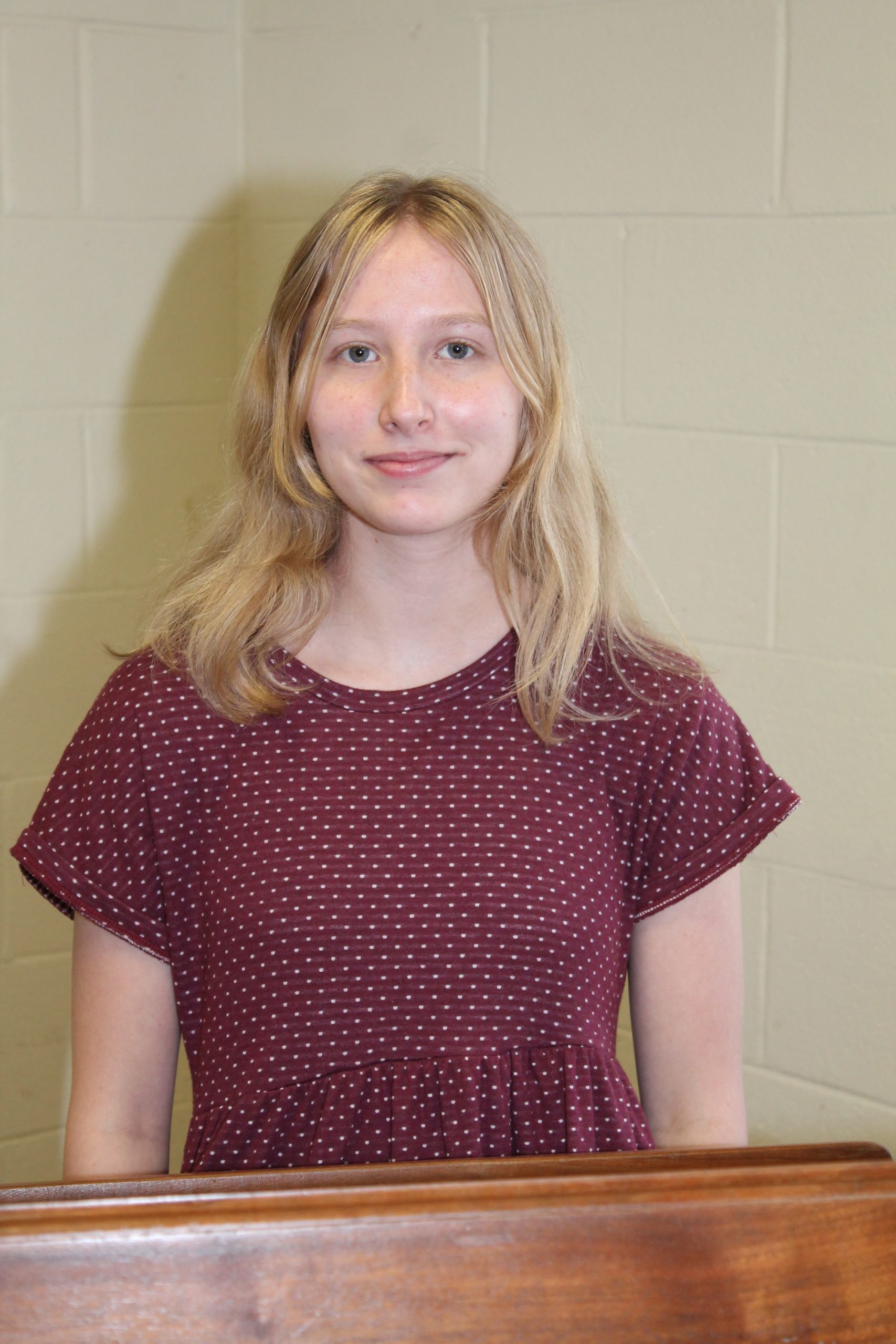